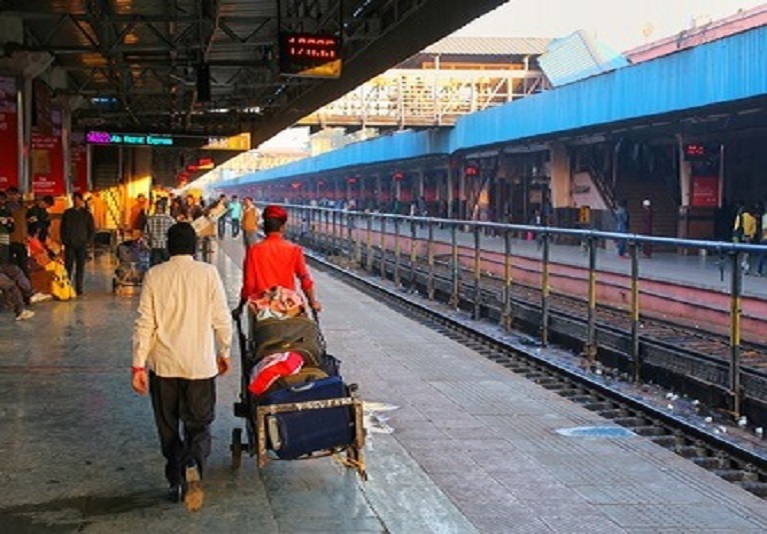 More than 2000 years ago, Jainism first appeared in India and flourished there. Even though many years have passed, India still has many stunning Jain temples. The Jain temples are stunning works of art with exquisite carvings, sculptures, and architectural designs. These temples are all tranquil havens. Learn about the variety of myths and Jain scriptures that illustrate the practise of the religion. As you visit the revered Jain temples, you will experience an overwhelming sensation of spiritual joy.

Now with train journey and Jain Food in Train service can make your journey to these different jain temples easy. On the train you can comfortably reach these temples. And able to enjoy the beautiful sculptures of these different temples. The best chefs prepare Jain cuisine in the top-rated restaurants on the Indian Railways.To enjoy pure and wholesome cuisine, the food goes through numerous inspections before it reaches Jain people. Jain people can eat Jain paratha, Jain khichdi, Jain pav bhaji, and many other types of Jain food.

Top 5 Jain Temple That You Must Visit:-

Shikharji Temple is located in Parasnath Hills, the highest mountain in Jharkhand. It is one of India’s most well-known Jain temples. Twenty of the twenty-four Tiranthakaras who attained Moksha, or escape from the cycle of rebirth, are worshiped at the Shikharji temple. Even though the sacred site was established in the 18th century, Jain devotees continue to come here with complete devotion. For this reason, devotees of Jainism travel 54 kilometers on foot or by palanquin for a parikrama.

The temple’s historical importance and architectural beauty are worth seeing. The sanctum sanctorum also contains 17th-century Sanskrit inscriptions and an old idol. A painting that shows every temple on Parasnath Hill also commands attention. Parasnath Railway Station in close proximity which is at a distance of 23 km from Madhuban. You can take the train to this station and also be able to enjoy food in train service.

Old Delhi Railway Station is the closest train connection to the Sri Digambar Jain Lal Mandir. There are many trains that go to Delhi and provide  Jain Food In Train during your traveling. Shri Digambar Jain Lal Mandir, the oldest Jain temple in Delhi, is one of India’s holiest temples. It was constructed in 1656 and is located in Chandni Chowk, the center of Old Delhi. It is now home to the Birds Charity Hospital.

The temple, which is dedicated to the 23rd Tirthankara Lord Parshvanath, is well-known for its Mughal history. The Jain merchants were invited to Delhi by the Mughal Emperor, who also gave them land there. Building the temple in praise of their gods, the families brought their faith with them. At the entrance gate, a manastambha column welcomes visitors. The temple features elaborate carvings, gliding roofs, and red sandstone artwork that adheres to its straightforward yet stunning construction. The serene atmosphere is open to people of all faiths.

Bhavnagar railway station, at a distance of 51 km, are the nearest options to reach Palitana. There are a number of trains that travel to Bhavnagar railway station. That also provides you with online food in train service. Palitana Temples in Gujarat, the greatest collection of Jain temples in India, is one of the holiest places for pilgrimage. The Palitana collection of temples was constructed over a period of 900 years, beginning in the 11th century. On the Shatrunjaya hill, there are more than 3000 temples, 863 of which are sacred Jains shrines.

To reach the temples, you must ascend 3,750 stone stairs. The first Tirthankara, Rishabanath, is the shrine’s principal deity. The marble temples have a distinctive architectural design and ornamentation that gives the impression that they are made of pure ivory. Despite being made of marble, the temple deities have gold decorations with precious stones. Palitana is a destination for blessings for pilgrims from all over the world.

The lone hill station in Rajasthan, Mount Abu, lies close to the sacred place. The temples are well-known for their exquisite and creative marble carvings in addition to their religious significance. In the eleventh century, devoted Jain followers created the five temples of Dilwara. Lord Adinath, Lord Rishabhdeo, Lord Neminath, Lord Mahavir Swami, and Lord Parshvanath are each honored in one of the five sanctuaries.

The Jains’ sacred trip is a reflection of their morals. Your senses are captivated by the exquisite designs, sculptures, and straightforward yet stunning architecture. The marble temples have elaborate sculptures on the roofs, corridors, columns, arches, and doorways, as well as an ornate entryway. the nearest railway station is Abu Road, 29 km. you can enjoy food in train service from your journey to Dilwara Temple.

For Jains in India, the Ranakpur Jain Temple is a sacred destination. It is located in the Pali district of Rajasthan, a short drive from both Jodhpur and Udaipur, in the midst of the Aravalli highlands. The elaborate temple, which dates from the 14th and 15th centuries, is dedicated to Tirthankara Rishabhanatha. The nearest station is Falna (Pali) to reach Ranakpur Jain Temple. Among the intricate carvings are Lord Parshwanath, who has 1008 snake heads and countless tails, mythological tales, celestial beings, etc. Be sure to take in the distinctive domes, shikhara, turrets, cupolas, and other fine decorations.