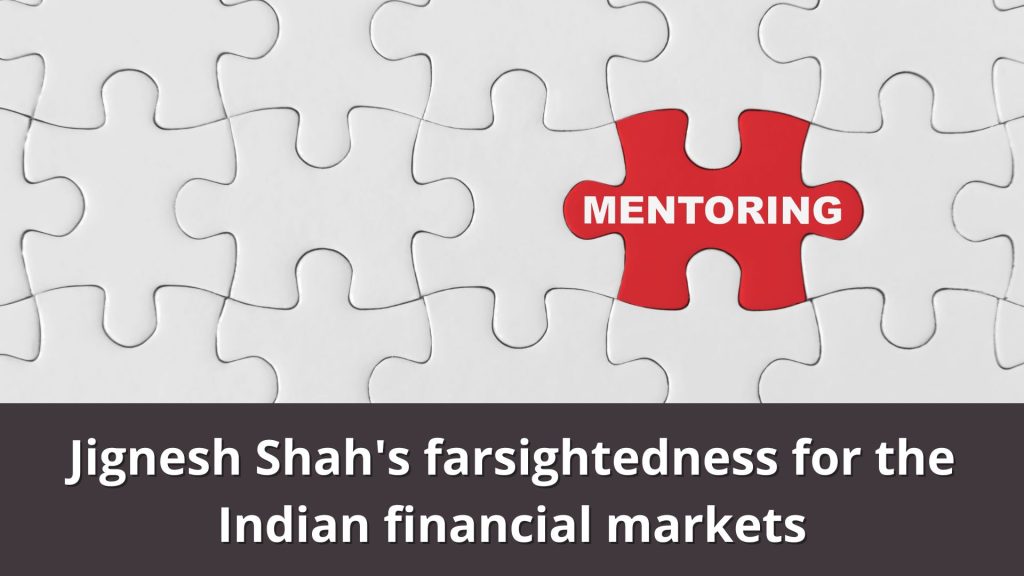 Jignesh Shah is a farsighted businessman who believed in public-private partnerships and, also considered that all the benefits of his ventures flowed to the people across India.  His flagship company, 63 moons technologies limited has been named as one of the most powerful and influential companies in biz-tech innovations.  The stellar contribution of a young group of entrepreneurs led by Jignesh Shah to the Indian Financial Markets ecosystem and the efforts he made to place India on the world map of the global exchange industry should be rightfully recognised.

His foresight with deep-rooted interest in domestic strength had a strong connection with the real economy and generation of newer jobs and growth opportunities. 63 moons is the only group with holistic understanding of the financial markets ecosystem and an ability to innovate and establish internationally acclaimed financial institutions that are India centric.

The company has been constantly striving and advocating to bring India at a par with her international counterparts. The transformations that Jignesh Shah has been advocating for, once implemented, would have brought India at par with its international peers.

63 moons was the only group capable of bringing high-tech technology revolutions and vehemently drive the advocacy for level playing field with international counterparts. Making it exit the financial markets is an irreparable loss for the country, as it was the only company that possessed the deep domain expertise of financial markets ecosystem and an expertise to established multi-asset exchanges in India of international repute.