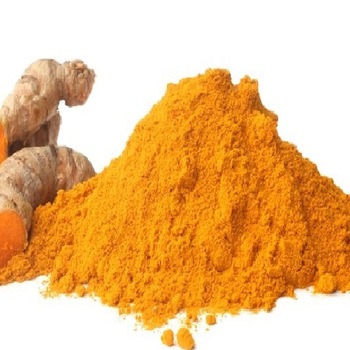 Turmeric powder has a wide variety of applications in Indian cuisine and ceremonial practices, many of which are well known to us, as native Indians. Numerous studies have shown that using turmeric powder might be beneficial to one’s health. Today is the day to find out what all the commotion is about. The following is a list of seven benefits to your health that you should know about organic turmeric powder.

Turmeric contains antioxidants, which prevent the organs found inside the body from being harmed by free radicals. Using turmeric powder may help lessen the risk of cancer as well as the signs of aging. Curcumin has been associated with a reduced risk of cancer, even though studies have shown it may boost the effectiveness of chemotherapy.

Due to the beneficial properties of turmeric powder, curcumin, an active component that reduces inflammation and inhibits the production of pain signals, plays a part in the treatment of rheumatoid arthritis as well as osteoarthritis. When utilizing this supplement, you will see a reduction in mild joint soreness and inflammation.

Increased production of bile, which aids in digestion, is another benefit of using turmeric powder, which also improves the function of the gallbladder. Additionally, it helps to relieve gas and bloating in the stomach. This plant, which is well-known for its antiseptic and antibacterial properties, is said to be able to assist in the cleansing of the digestive system. As a consequence of this, it is often given for the treatment of infections and small wounds.

Because the molecule lipopolysaccharide, which is present in milk as well as turmeric, has anti-viral and anti-fungal properties, consuming a glass of milk mixed with turmeric powder first thing in the morning may be beneficial in preventing infections. Therefore, the immune system is strengthened, and its ability to fight against infections is improved.

The onset of type 2 diabetes may be delayed by the anti-inflammatory and antioxidant properties of curcumin, which are found in turmeric. Turmeric powder, in addition to enhancing the effects of diabetic medicine, is beneficial for maintaining healthy blood sugar levels.

When used as a natural cosmetic, turmeric powder has the potential to improve the appearance of the skin and even hasten the healing of wounds. The application of this remedy has shown to be effective in treating a variety of skin conditions. It may be used on the skin as a paste on the face and body either by itself or in conjunction with milk, cream, or curd. Either way, it can be used. It is possible that using it would help reduce acne scarring as well as flare-ups of psoriasis.

Turmeric, which is known to stimulate liver function, is beneficial to the process of detoxification. Diets like this one, which is mostly composed of plant foods, support the natural detoxification processes of the body. The majority of the credit for this goes to curcumin, which is the active component in turmeric.

When our forefathers informed us that turmeric and other organic spices may help us fight obesity and inflammatory bowel disease, manage depression, and lower the risk of blood clots, and a variety of other conditions, they weren’t exaggerating when they said it either.