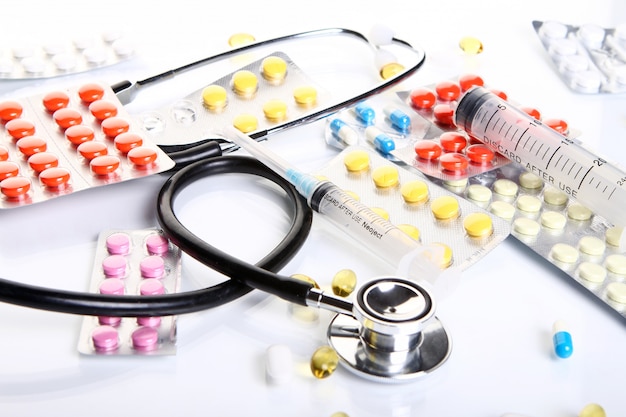 Summary
Urinary drug screening can detect
substances including over-the-counter and
prescription drugs. The focus of screening is
often illicit drugs.
Simple point-of-care tests, largely
immunoassays can rapidly detect a class
of drugs or specific drugs in urine. More
complex large-scale laboratory screens and
confirmatory tests can also be used.
Drug tests can often provide evidence of
previous drug consumption. Screening is
therefore useful in monitoring abstinence
from drug use, the use of drugs in the
workplace and in legal disputes.

Introduction
Drugs, chemicals, and other substances consumed by
humans are often excreted in the urine, where they
may be detected with screening tests. The detection
of these compounds is limited only by the assay and
cost.
In hospital or pathology laboratories the emphasis
is typically on drugs of abuse, screening either
for compliance to (e.g. methadone) or abstinence
from (e.g. cannabis) particular substances. Hospital
screening can also give the clinician additional help in
the differential diagnosis and treatment of a patient,
but the availability of toxicological analyses varies
between hospitals.
The most commonly used drug screening tests involve
immunoassay techniques.1
These range from so-called
bedside or point-of-care testing to more sophisticated
laboratory-based immunological tests. Immunoassay
can provide fast and reliable results, however, the
results must be interpreted with caution.
What can be tested?

good girl perfume
The most common drugs tested in urine include
amphetamines, benzodiazepines, cannabis, cocaine
and opioids. Other tests can screen for more specific
compounds, rather than drug classes, such as alcohol,
methadone, buprenorphine, phencyclidine, and other
stimulants (for example cathinones) and designer
drugs. Alcohol metabolites such as ethyl glucuronide
can now be detected in urine and, importantly, for
much longer periods than alcohol itself (up to several

days). Ethyl glucuronide screening has been used
clinically as evidence of abstinence from alcohol for
patients awaiting a liver transplant.2
Urinary drug screening can be quite complex
with detection of a comprehensive list of targeted
and controlled substances. For example, forensic
laboratories have the capability to detect a wide
range of compounds using immunoassays and
other chromatographic techniques (that is gas
chromatography/mass spectrometry or liquid
chromatography/mass spectrometry). The methods
used in these laboratories often aim for a wide range
of drugs and metabolites to try to detect as many
forensically relevant compounds as possible.
Other laboratories, such as sports testing facilities, can
screen for drugs (including steroids and biomarkers).
Screens for unknown compounds have been made
possible by the advent of new technologies. These
laboratories are more specialized than the typical
hospital or pathology laboratories and are strictly
regulated for the detection of these compounds by
accrediting bodies such as the National Association
of Testing Authorities, Australia3
and the World AntiDoping Agency4.