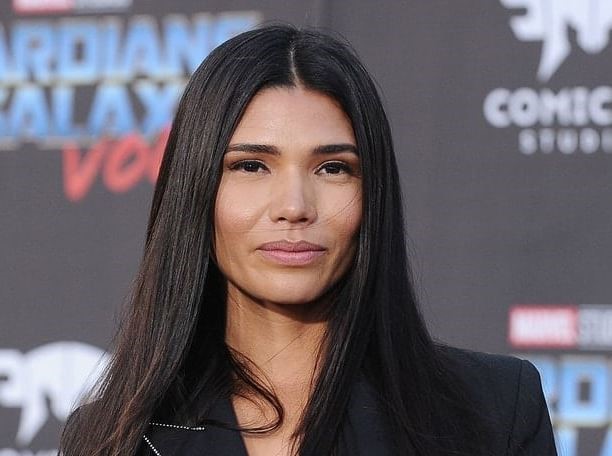 Who is Paloma Jiménez?

Paloma Jiménez is one of the best and most gorgeous Mexican actresses, a stunning fashion model, and a media personality. She is in the limelight as the partner of renowned movie star and producer ‘Vin Diesel.’ She belongs to Acapulco, Mexico. She has collaborated with several magazines, modelling projects, and fashion brands.

Paloma was born on 22 August 1983. Her Zodiac sign (Horoscope) is Leo. She speaks English and Spanish fluently. Paloma is currently 38 years old (As of 2022).

Paloma Jiménez was born and brought up in Acapulco, Guerrero, Mexico. She was very motivated to pursue modelling as a career from an early age and started to struggle for herself in the industry when she was a high school student. She attended several modelling-related activities, and after some time, she joined this profession permanently. However, Paloma Jiménez did not provide any information about her education.

Vin Diesel has mainly found popularity as an actor, but later became a producer, director, as well as a screenwriter. He is best known for his roles of Dominic Torretto in “The Fast and the Furious” film franchise, Xander Cage in the “xXx” series, and Richard B. Riddick in “The Chronicles of Riddick”. Aside from his voice acting work, he has also done voice acting work for “The Iron Giant” and “Guardians of the Galaxy”, playing Groot, which he reprised in “Guardians of the Galaxy Vol. 2” and “Avengers: Infinity War”. He is also the founder of several production companies and has produced his own films.

He was initially in a relationship with “Fast and Furious” co-star Michelle Rodriguez, then in 2007, he started a relationship with Paloma and they have been together ever since. The couple has been known for their 16-year age difference, but that hasn’t stopped their relationship. They now have two daughters and a son – their third child was born in 2015 and was named Pauline after Vin’s late actor friend and “Fast and the Furious” co-star Paul Walker who passed away following a tragic car accident in 2013.

Since starting their relationship, the two have been seen together at various red carpet events, with Jimenez often supporting her boyfriend throughout their careers. One of their most notable appearances came in 2013 when Vin earned a star on the Hollywood Walk of Fame, with Paloma at his side when he accepted the honor, along with their children and Vin’s parents. She has also appeared with her husband at all of his movie premiers, and many other red carpet dates.

In 2016, there came rumors that their relationship was hitting problems after accusations that Vin had an affair, and that Jimenez was threatening to go back to modelling, but the story was later proved false. The couple are still strong together, but they like to maintain their relationship in private. Vin stated that when it comes to his personal life, he’s not going to put it in front of any media – he prefers a code of silence, similar to Harrison Ford, Robert De Niro and Al Pacino.

Very little information is available about the early life of Paloma including her family, childhood and education. It is known that she began modelling in her home country, and would then expand her reach to the United States. She started doing projects in both countries having agent representation in both, by ID Model Management in the US and by Look Models in Mexico. She started by appearing in major ad campaigns, which boosted her net worth significantly as well as her popularity, earning herself boosts to her resume. She’s been a part of print advertisements of big brands such as Pantene, Coca-Cola, and Honda, and her popularity grew further when she started being featured in various popular magazines – she has even been seen on the cover of the Mexican publication of “Maxim”.

Aside from modelling, Jimenez has also acted, mainly as a part of local shows in Mexico. She was a part of the long-running variety show “Otro Rollo with Adal Ramones” which ran from 1995 until 2007, and featured numerous celebrities in the past, including Ricky Martin, Sofia Vergara and Christina Aguilera. The show presented a lot of live music, plus interviews and sketches.

One of the reasons why there isn’t much known publicly about Paloma is the fact that she does not have any social media profiles. There are Twitter accounts and Facebook accounts named after her but they are fan accounts, only posting content that can also be seen elsewhere, so current updates are non-existent, except that she left modelling some time ago to focus more on her family.

How rich is Paloma Jimenez? As of mid-2018, sources estimate a net worth that is at $5 million, mostly earned through a successful career as a model, in her home country as well as other places around the world. Her net worth has also been said to have been elevated by Vin, who has a net worth estimated at $160 million. As she seems likely to continue her career, it is expected that her wealth will also continue to increase.

Paloma Jiménez’s Wikipedia points out that she has been working on ‘Look Models of Mexico’ and ‘ID Model Management.’ Since childhood, she struggled for her career as a fashion model. Due to her talent, she got modelling offers from various modelling outlets. She modelled for multinational companies like Honda, Coca-Cola, Pantene, etc., for their advertisements. She has also done promotions for several brands. In addition, she has signed contracts with Maxim magazine.

Her Net Worth is about $5 million.

She loved the black color.

Her third daughter is named in honor of her partner’s friend Paul Walker as she died in 2013.

Who is Paloma Jiménez?

Paloma Jiménez is one of the best and most gorgeous Mexican actresses, a stunning fashion model, and a media personality. She is in the limelight as the partner of renowned movie star and producer ‘Vin Diesel.’

What is the Age of Paloma Jiménez?

What is the Date of Birth of Paloma Jiménez?

What is the Nationality of Paloma Jiménez?

What is the height of Paloma Jiménez?

Who is the husband of Paloma Jiménez?

What is the Net Worth of Paloma Jiménez?

Paloma Jiménez’s net worth is about $5 million. Yet, she has not shared anything about her salary. She earns through her modelling, acting, advertising, and paid promotions.

What is the profession of Paloma Jiménez?

Paloma Jiménez is a famous actress who is noteworthy for being the partner of ‘Fast and Furious’ leading actor ‘Vin Diesel.’ She has a successful acting and modelling career. She also has worked with several magazines and International brands.