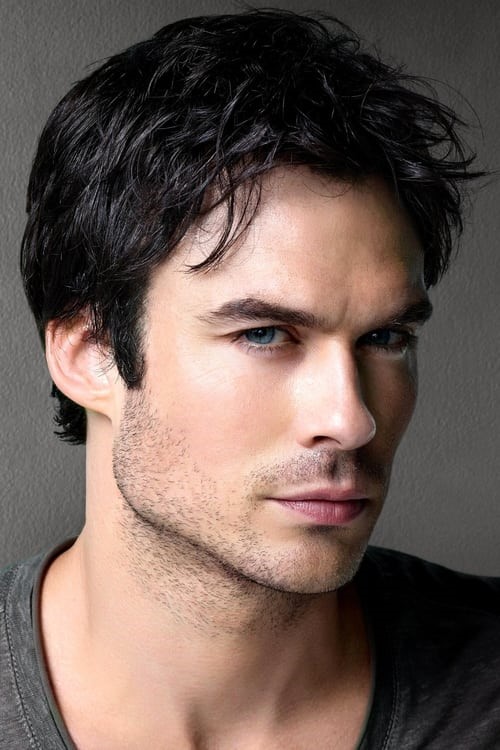 Ian Somerhalder is a popular model, actor, activist, and director in America who is best known for his outstanding acting performance in television series.

The handsome hunk grabbed massive attention from the audience by her phenomenal acting in the TV drama ‘Lost.’ He is a familiar figure in the Netflix series and one of his best series is The Vampire Diaries. The celebrity Somerhalder is widely notable for his marvelous acting performance.

Who is Ian Somerhalder?

Ian Somerhalder (born December 8, 1978) is an American model, actor and producer and founder of the Ian Somerhalder Foundation. He is best known for playing Damon Salvatore in The Vampire Diaries and Boone Carlyle in Lost.

Born on 08 December 1978 Ian’s age is about 44 years as of 2022. He was brought up and raised in an upper-middle-class family from Covington, Louisiana, United States. He is known to be an American by nationality and follows the Christianity religion.

He has an elder brother named Robert Somerhalder and a younger sister named Robyn Somerhalder. Ian is very close to his mother as she encouraged him a lot during his career.

He acquired his early education from Saint Paul’s School in Covington, Louisiana. Afterward, he joined the school drama club and local theater group. Since his childhood he had a keen interest in acting, so he began to study acting in New York at the age of 17, to embark on his journey to be an actor. He started modeling at the age of 10 only.

His dating life was quite public. He dated his Vampire Diaries co-star, Nina Dobrev, from 2011 to 2013. They separated citing some mundane problems. In mid 2014, Ian started appearing with the actress, Nikki Reed, and expressed his desire to marry her, which eventually came to life when he married her on April 26, 2015. On May 2, 2017, the couple shared the good news with the world that they were expecting a child. Same year the couple welcomed their daughter named Bodhi.

Ian started modelling when he was ten years old and continued that until he was seventeen. He earned name and fame as a supermodel and walked the ramp for some of the best designers working at that time.

His glorious run as a model continued until he bagged the role of Hamilton Fleming in a spin off series of ‘Dawson’s Creek’ titled ‘Young Americans’. The series was short lived and was largely unsuccessful. But Ian’s talent didn’t go unnoticed and soon after it was over, he appeared as a bisexual character Paul Denton in Roger Avary’s ‘The Rules of Attraction’.

Ian got the necessary exposure to the industry and bagged the most important role of his lifetime that turned around his professional career. In 2004, he played Boon Carlyle in the cult TV series ‘Lost’. Although he only appeared in the first twenty episodes of ‘Lost’ before he was killed off, he gathered massive following. Several polls stated that he was the most loved character on the show and killed off too early. On popular demand, the producers made him a reappearing character and Ian kept showing up in several episodes here and there. After that Ian kept making appearances in several big and small roles in films and TV shows such as Fearless, Smallville, Marco Polo, Lost City Raider etc.

In 2009, Ian appeared in the role of an assassin in the American film ‘The Tournament’. He became a household name when he was finally cast for the show ‘the Vampire Diaries’ and that changed his life forever. He played a lovable anti-heroic vampire named Damon Salvatore as one of the two main characters in the show. The show garnered CW network the highest ever rating for a TV show and continues to be be the most popular show for the network. Somerhalder’s performance was praised and he won numerous awards for it such as Teen’s Choice Awards and People’s Choice Awards.

His total net worth is estimated to be $8 million. He lives in a lavishly built house in Venice, California, which he bought in September 2015 for $2.9 Million. This eco-friendly home has three bedrooms, four bathrooms and 3,000 square feet of luxurious and expansive space.

Because of his environment conservative philosophy he owns an Audi A3 E-Tron Electric car.

Ian Somerhalder was born on December 8, 1978, in Louisiana, USA. His mother, Edna, used to be a massage therapist and father, Robert Somerhalder, was a building contractor. Ian is the second of three children. His father was of French descent and his mother Irish.

Not much is known about his childhood but Ian has mentioned that he had quite a troublesome childhood as his parents constantly fought with each other. They divorced while Ian was thirteen years old, and this had a deep impact on him. He was then taken into custody by his mother, who was an avid follower of eastern medicine and pushed him from the early childhood to lead a healthy life. Ian heeded her advice and was stuck to a healthy clean diet and regular workout, which eventually prepared him for the modelling career.

Being an active and athletic kid, Ian loved outdoor sports like horse riding and soccer.

He has stated in many of his interviews that he was always fascinated with the world of show business. The modelling offers started pouring in as soon as he turned ten. Eventually, he got tired of modelling and expressed his desire to be seen as more than just a perfect face.

Ian didn’t finish his high school education and left for Europe midway for pursuing modelling. Prior to that, he was an above average kid in academics and he also actively participated in almost all the extracurricular activities in school.

He also showed a keen interest in writing and said that if he wasn’t an actor or model, he would have made a career in writing or advertising.

He began his career as a model at the age of 10 and became an actor at 17. Soon, he established himself an actor becoming a popular face in Hollywood.

He has 3 cats, named Miss Linx, Moke, and Thursday.

He owns a pizza parlor along with his brothers in Idaho.

He won many  Teen Choice Award’s and a People’s Choice Award for his work in the TV series The Vampire Diaries.

In 2010, Ian was named as the Sexiest Beast in an Entertainment Weekly Bracket Poll.

He launched the Ian Somerhalder foundation in 2008 that aims at environment preservation and spreading social awareness about protecting the planet.

Who is Ian Somerhalder?

Ian Somerhalder or Ian Joseph Somerhalder is an American, who is a famous actor, model, director, environmentalist, and social reformer. He came into prominence, when he appeared in the hit TV shows “Lost” and “The Vampire Diaries” and in the horror series “V Wars”.

What is the Age of Ian Somerhalder?

Who is the wife of Ian Somerhalder?

What is the profession of Ian Somerhalder?

What is the height of Ian Somerhalder?

What is the Nationality of Ian Somerhalder?

Why is Ian Somerhalder famous?

He is famous because of his role of Damon Salvatore.

What is the Net Worth of Ian Somerhalder?

His total net worth is estimated to be $8 million. He lives in a lavishly built house in Venice, California, which he bought in September 2015 for $2.9 Million

Ian Somerhalder is a young good looking smart and handsome man with a charming and dashing personality. He owns a strong and attractive physique with impressive body measurements and a rhomboid muscular body type. This is all about his Biography.